At today's Shibuya.rb Lunch, we had Eric Hodel as a guest. He'd be in Japan till Friday this week since Sapporo RubyKaigi 2012 held last weekend.

I asked him a question about which I wanted to hear of his thought; how does he think about gem names, which Perl mongers sometime complain they're not descriptive, but too "original" and don't express what they can. He said that he was also concerned with the problem and the next version of rubygems would introduce "category" in spec, which was supposed to help us search gems along with a certain scope on rubygems.org. I look forward to it to be released. 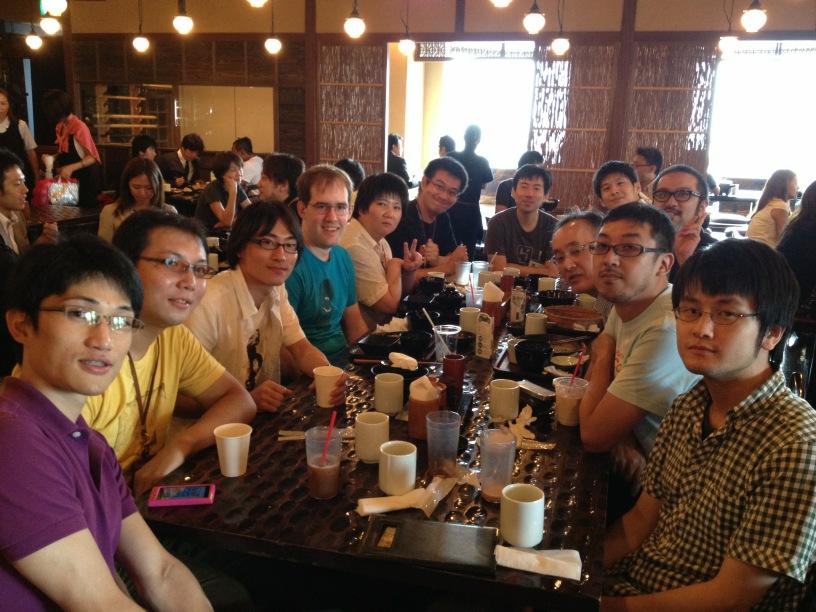